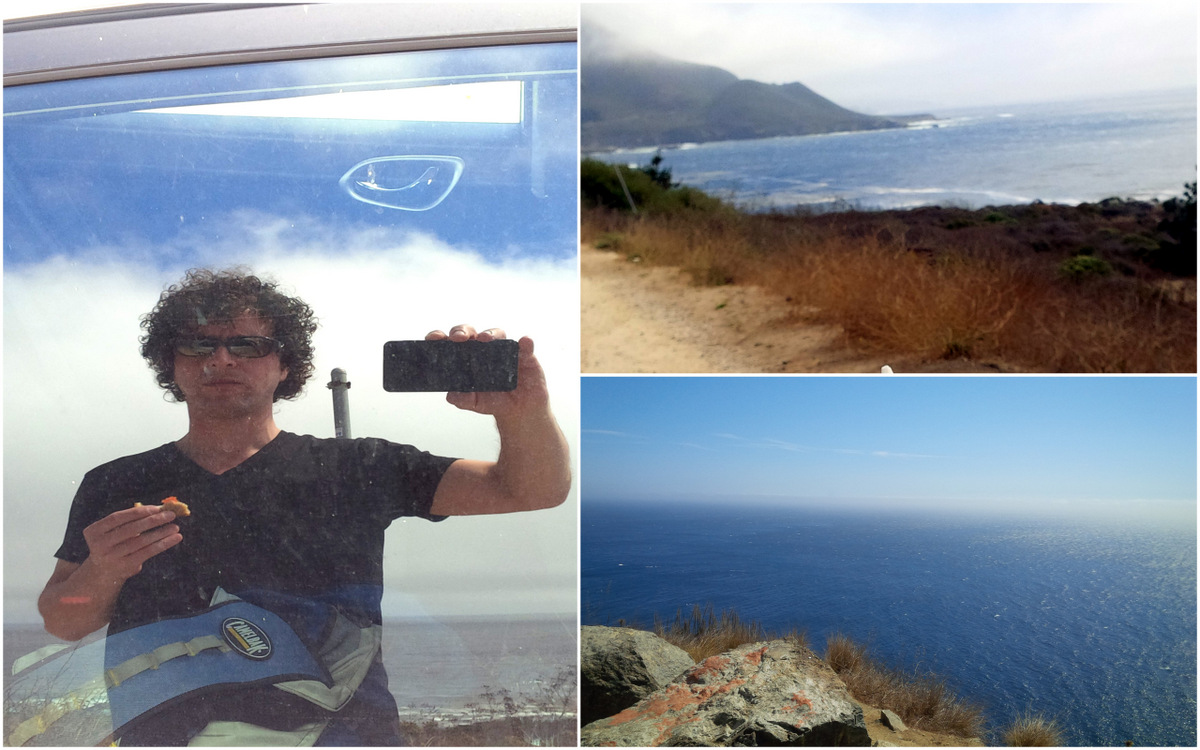 So I’ve been going through a lot of powerful “shifts” in my life lately.

For one, I’ve had this habit in my life of feeling like I need to “make things happen”, feeling a lot like I need “to push”. I think It comes from a deep-rooted belief that I am in charge of what happens in the “world of my life”, and that if I don’t “make *it* happen” – if I don’t push, hard – then I will fail or somehow end up suffering or dead.

I was raised and conditioned to think this way, but the effects of living that way – of trying to avoid suffering by pushing against the world – has itself created a lot of suffering in my life.

A perfect example was on my recent trip to California. I had been in Silicon Valley  for a program and I had booked my return flight to Israel from LA because I wanted to see the California coast and connect with some of the groovy people living down in San Diego. Ever since I was a teenager traveling around with the Grateful Dead I had had a love affair with Southern California but had never made it out there.

I had no real plans. I just rented a car and started driving. 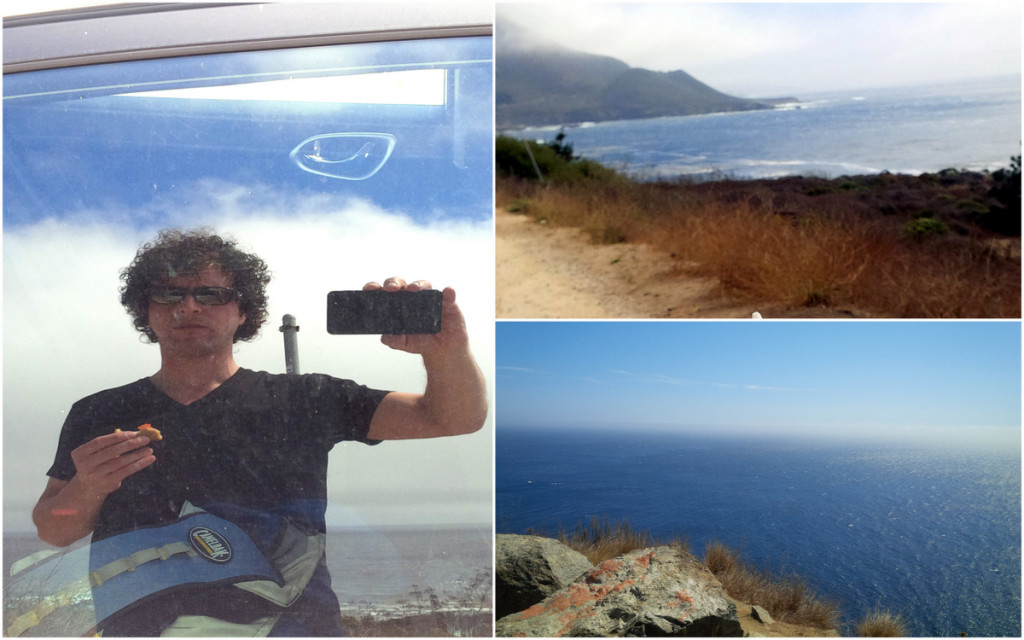 I felt free. Blissful. Just to hit the road, follow the ocean and experience the magic of the California coast (most of it without cellphone or GPS reception.) But then after a few hours of driving (out of a total of thirteen, done over two days…) I heard a voice:

Right then the magic, bliss and adventure of my journey disappeared and all I could feel was a familiar tension in my stomach.

All of a sudden I felt disconnected and alone. So far my trip had been pure magic. The unforeseeable unfolding of events, strange and magical synchronicity. Everything was in flow.

But in that instant, as soon as I tuned into that voice in my head, all that magic just disappeared.

That experience – of disconnection, of tension and alone-ness is one that I’ve had over and over again in my life. It comes from the belief that I am an independent in the world – that I am separate – separate from you and separate from the Universe and, whenever I tap into that belief, I end up feeling the exact same way – empty, fearful and alone.

This time, when that familiar tension filled my stomach, I pulled over.

I turned down music I was listening to and walked over to the ocean to breathe a bit.

I reflected on how I had gotten to be here in the first place, driving down CA-1, fulfilling a dream in this magical place when I realized that none of it had been because of *me* – I hadn’t “created” any of it really…

A heart-to-heart with a friend in Israel had led to a connection with some amazing people in California. That conversation led to a great opportunity in Sillicon Valley. That led to me having some amazing experiences and meeting some incredible people in the Bay Area.

And all of this was just because I just said *yes* to what was being presented before me – ideas and possibilities that had no guaranteed outcomes.

I said *yes* to stepping into new opportunities, ones that took me way outside my comfort zone.

I said *yes* to stretching and stepping into a greater vision of myself.

So this time, when the tension started building in my stomach, I made a shift.

I decided, that from now on, I’m going to live according to the belief that the Universe has my back and has my best interests at heart. I’m choosing to believe that everything which is unfolding in my life and in the world is part of a greater story – and that the moral of this story is for you and for me to experience and to create more love, more discovery and more connection in the world – and that I don’t need to “push” in order for any of that to happen. After all, when I look back on my life, it always seems to have worked out that way. All I’m doing now is simply choosing to extend the same vision going forward.

I don’t need to create any of it – *it* already exists because that IS the world we are living in; all I’m doing is choosing to see it now (especially in the moments when I’m unclear about my next move.)

And so, from that newly created space on the California coast eating smoked salmon and goat brie off the hood of my car, I sent off a couple emails to some people I barely knew down in San Diego and got back on the road, allowing my stomach to remain tense if it wanted to…

A few hours later I got an email back that said this:

“David,
I talked to Elizabeth and we are ok for hosting you for up to two nights at our condo.
We are both excited to jam about Kabbalah, God, and business with you. Let us know!
Michael”

I said *yes* and received an amazing new friendship because of it.

That led to an invitation to a party.

I said *yes* to going solo (even though I was uncomfortable and knew *nobody* there) and got to connect with some truly amazing and beautiful people.

And yet, none of this had anything to do with me. It’s about what the Universe was already waiting to unfold. All I did was shift my thinking, away from stress, away from control and towards submission. All I did was *choose* to believe that everything I could ever need and want is already here, waiting to be delivered, in the right time, when you and I are ready for it.

All I did was choose to relax a bit and to participate in the great unfolding of life by stepping back…and saying *yes*.

How to Succeed at Anything

[Video] There is a secret to succeeding in life. It doesn't involve memorizing complex theories, beating the odds and winning...